Luka Doncic Did THE UNTHINKABLE & Nobody Is Talking About It

Heat Check
Objavljeno 3. jun. 2021
On this drive, Luka Doncic sees 3 defenders on him. Look at Morris swiping at the ball, Nick Batum is on his hip, and then right in front is Terrance Mann. Still, Luka handles a triple team like it’s literally nothing, as he easily lays it in.
And right here, check out how much attention he attracts, as he’s boxed in by 4 Clippers players, but he sees Maxi Kleber wide open at the three point line, kicks it out and Maxi knocks down this great opportunity provided by Doncic.
These plays are just an illustration of how dominant Luka was in this game. Doing absolutely anything he wanted on the court.
But what if I told you that he did something that nobody else has in NBA history. What if I told you that this performance by him was one for the record books.
Sit tight and follow along closely. We got a big one today. What up everybody, my name is Stefan and this is Heat Check. Let’s get into it.
If you watched the game, or even if you didn’t and only took a look at the boxscore, you would see a stat line of 42 points and 14 assists which of course is monster in itself.
But then, the unthinkable. Check this out:
What you’re watching right now are 6 field goals, 4 made by Tim Hardaway Jr, 1 by Dwight Powell, and 1 by Kristaps Porzingis. These 6 were the only possessions that Luka Doncic was not involved in. Either by scoring or assisting on it.
As we take a look at the complete list of field goals in this game, the red being the points by Luka, and the green being all of his assists, you see that he was directly involved in 31 out of the 37 made baskets for the Dallas Mavericks. Wait what?! Doncic created virtually all of the made baskets for the team in the entire game.
So basically if you take away Luka, you take away 75 points from the Mavs in this game.
If we factor in the free throws that other players made, 75 out of the total 105 points that Mavericks ended up with as a team is 71.4% that Doncic was personally responsible for.
And 31 out of 37 is 83.78% if we talk about field goals. This is an unfathomable level of carrying a team. That’s virtually every successful possession for the team was in a way because of him.
I’ve definitely never thought of this stat but if anyone told me I would watch a game like this, I’m not sure if I would believe them. This is crazy.
Now, there are players that have a combined scoring + assisting number that’s higher than Luka’s 75. Just think of Kobe’s 81 + the 5 he assisted on that’s 86. Or Wilt’s 100 + the 4 assisted ones. However, percentage wise, Kobe’s 86 out of the Lakers total 122 in that game is 70.49%
And Wilt’s 104 from the team’s 169 is only 61.54% compared to the 71.4% from Doncic.
This puts him near the very top when we talk about carrying a team and how much a franchise is dependent on its star player.
But he’s not number 1, and I will make a list about that in a video in the near future. Make sure you’re subscribed for that as well.
Factoring in the circumstances of the injury that Luka’s been dealing with and we could see the previous game that it’s bothering him quite a lot at times, and the fact that this was a playoff game, a pivotal one at that, on top of that being played on the road, makes this one heck of a heroic performance by the young slovenian.
He was a bit less enthusiastic than that however, and in the postgame Doncic said that he played pretty bad according to his standards.
(DONCIC INTERVIEW)
Luckily coach Rick Carlisle agreed with me so much that he actually was stumbling to find the right words to explain what he saw in game 5.
(CARLISLE INTERVIEW)
Talking about how great he is, Luka just had his 4th game with 40 or more points in the playoffs.
And in just 11 career postseason games, he has as many 40s as Carmelo Anthony, Tim Duncan, Damian Lillard, Kawhi Leonard and Karl Malone had in their careers.
Doncic has more than some NBA greats like Kyrie Irving, Paul Pierce, Anthony Davis, Patrick Ewing, and Giannis Antetokounmpo.
Just think about how unbelievable of an achievement that is at only 22 years, and again, with only 11 playoff games under his belt. Incredible.
Even with all the heroics, the job is still not finished tho.
Going back home for a closeout game 6 should be the perfect setup for the Mavs but this series has been so wild and unpredictable that we should absolutely be prepared for anything.
This playoff matchup between LA and Dallas is only the second one in NBA history to have every road team win it for the first 5 games.
The first one being the 1995 Western Conference Finals between the Houston Rockets and the San Antonio Spurs.
So since Kenny the Jet Smith was a part of that, he had something to say about this on Inside The NBA. 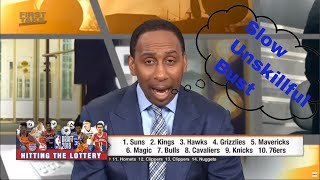 NBA Analysts Reaction of Luka Doncic BEFORE and AFTER the Draft
Balling and Talking
Ogledi 2 mio.
3:43 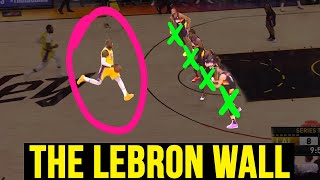 NOBODY IS TELLING YOU THIS: How The Suns SHOCKED The Lakers
Heat Check
Ogledi 624 tis.
28:29 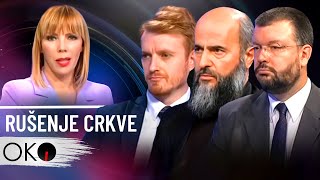 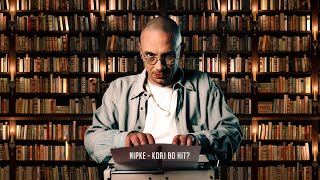